The school massacre in Rio

The massacre perpetrated by Wellington Oliveira Menezes school Tasso da Silveira in Rio de Janeiro revealed that violence in schools has been formed recently in a social symptom, that is the challenge of thinking a new real at stake in the field of the educational institution.

Director Gus Van Sant’s film “elephant”, that trafficking in a massacre at a High School in USA, has chosen the title by the parable of “the blind and the elephant”. In this story, which we find a version of the 2nd century BC in the Buddhist canons, several blind reviewed different parts of an elephant: ears, legs, tail, trunk, etc. Each blind is fully convinced that understands the true nature of the animal on the basis of the party that has in its hands. In this way, the elephant is as a range, or as a tree, or a string or a snake. But none can see everything.

School violence has shown new forms of discomfort, in an area where they are transmitted ideals, values cultural and social. School not only has become a stage médiatico of massacres, Columbine, Virginia Tech, Carmen de Patagones, Beslan, etc, and now in Rio de Janeiro, just to mention some facts in a long series in various countries of the world, but we also have new phenomena like bullying, bullying among students also to teachers, attacks on teachers, students, parents teachers.

The social decline of the imago paternal made by Lacan at the beginning of his teaching, is correlative of the decline of the faces of authority: the doctor, the politician, who teaches Justice, etc, and who also dealt with education.

It is striking that the figure of the master which represented a countenance of knowing in the teaching, has lost its authority. The fierce criticism in “The Wall” by Alan Parker, education as a machine of chop meat, produce an alienating homogenisation, where one of his songs says – Hey, teacher, leave those kids alone-, referring to the modes of abuse of the educator with their trainees, has become a joke in Spain with respect to the harassment to teachers saying – Hey, kids, leave that teacher alone.

Albert Camus said in “The myth of Sisyphus” that the only philosophically serious problem of suicide, because it raises if life makes sense. Our commitment is to raise the problem of school violence with an ethically serious problem, where these new forms of rupture of ties, not go on the demanding track as the student revolts of the Cordobazo or may French, have seen, for example in a technical school of Rosario, a fact striking, students ripped apart the furniture of its kind they recorded and climbed it to Youtube as a technique 666 “When teachers are not… This is what is happening in our school…”, says the text that describes the video where you can see students of 15 and 16 years throwing and destroying banks and chairs.


Jacques-Alain Miller has been raised in the course “An effort of poetry” 2002-2003, that the paradigm of subjectivity precedes the God is dead has been the ethics of sacrifice, the ethics of religion, which has become in some way our timeson the other hand the ethics of capitalism argues in the fun, drives resignation that Freud in the “unrest in culture” has become a mandate to enjoy, to not give up anything. Fun, term Miller takes Pascal, has become the powerful the Entertainment industry, and at the same time gives an account of certain modes of contemporary subjectivity. We are in our clinic with teenagers who are not interested in knowing anything, that in addition to the failure of school, only care about having fun; the technical school of Rosario is a clear example, also the massacre which shows the film Elephant, has the structure of a videogame.

Perhaps we should make the worst is to destroy the furniture of a school for fun, harassing a teacher or a pupil to entertain, or the massacres in the style of video games.

Let us remember that Lacan at the press conference in Rome in 1972, poses as opposed to Freud that religion will triumph as a refuge of the sense, to the great Royal that produces science. We are witnessing this, the advancement of science, technology, the market has produced a devastating effect in the subjectivity, which implies a rejection of the social bond and in turn the impossible, the fragility of ties which Bauman is named as liquid love.

There is also some liquid violence, is not necessarily hate what that commands the current violence.

Violence sold in the mass media, the entertainment industry, is rather the mandate to the enjoyment and the added value who commands the hypermodern speech, without any ethical dam.

The treatment of immune as Roberto Esposito, philosopher Neapolitan, author of Communitas, Immunitas and Bios, States that the security policy that tries to preserve life, rather an attack on this; life understood not as zoé, pura vida, but bios as a way of life. You can make schools a field Delta, with security cameras and metal detector, somehow Virginia Tech was the latest in security but I can not avoid the massacre. The Korean youth, carried out his act, with the permission of bearing of weapons and with a tutor who took care of their anti-social behaviour. Chou Seung-Hui had time to send your video to the NBC network and was the same warning sent to mobile phones of students by the University to rush your ticket to the event.

The massacre of school Tasso da Silveira Rio, has similar features had been announced on the website in the social network Orkut where Wellington published his thoughts, also there are videos of previous days that explains his plan, there is a common factor in these caseson the one hand always have warnings on the web that nobody sees and on the other hand a need for these subjects to leave some delusional in his act testimony. Therefore it is not only a mass murder, but also to any registration of his horrific act on the web, part of the reality show to which we are witnessing on a daily basis. This series of murders in schools are not was the current discourse, it is not a problem in the school environment, but that we must not lose sight of the nature of the show, show they have where someone with serious difficulties in the social linkYou may have a place in the media in a horrifying way. A few last words a Wellington argument was that it had been the victim of bullying, it is possible, bullying is part of the problem of school violence, but this does not justify his act, for psychoanalysis, the subject is always responsible.
Publicado por Paula Castro en 17:43 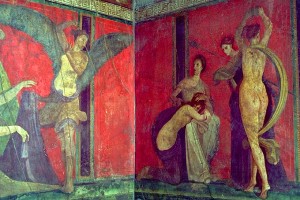 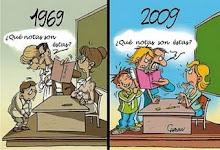 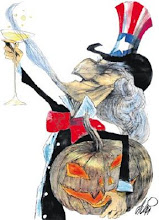 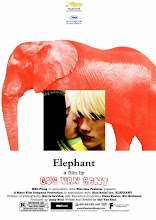 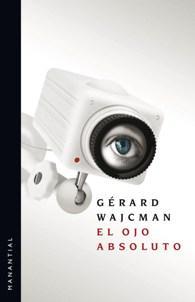 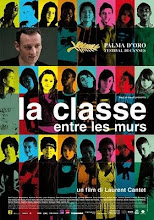